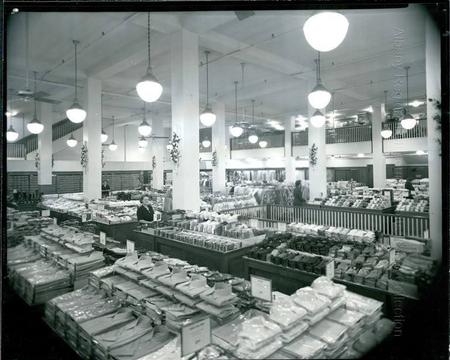 Original stained glass panels still occupy a place above The Natty Dresser's window displays (The green panels with the "Y" for Young). New windows have been designed to replace missing panels and pay homage to to the clothing stores that have called this building home (Hamilton's, Ward's, the Broadway and of course The Natty Dresser).

See the article the Albany Regional Museum did about us. 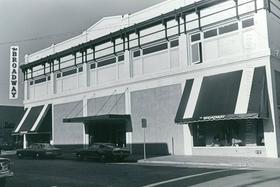 confined to his home and he passed away a few years later. The building was sold to one of his employees and he and his brother operated the store as Hamilton's Department Store starting in 1915. The building was modernized with an OTIS elevator in 1925. The Hamilton's ran their shop there until until 1936. At that time the building was sold to the Frager family and was leased to Montgomery Wards Department Store from 1937 until 1970. Montgomery Wards installed the current pendant lights and the fans on the main floor. They also had the entire store fitted with a fire suppression system. The top floor was the women's department, the basement housed children's and home goods, while the main floor was dedicated to men's wear, just as it is today. In 1970 Montgomery Ward's built a new building out on Pacific blvd. The next tenant to occupy the space was The Broadway in 1973. They closed in the majority of the large windows and created a more "Modern" shopping center with a restaurant called The Patio on the mezzanine level. They eventually closed in 1985. Next came Sid's Furniture. The top floor was used as warehouse space, while the rest of the building was used for furniture display. In 1999 the building was remodeled and became Riley's Billiards and Cafe. After 20 years the bar closed on New Year's Day 2020. The building was purchased by Oscar and Tamalynne Hult in May of that year. The 8 month remodel returned the building to its former glory restoring the show windows and mezzanine level windows on the front facade. 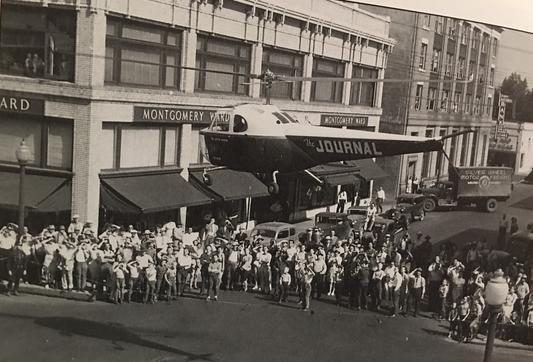 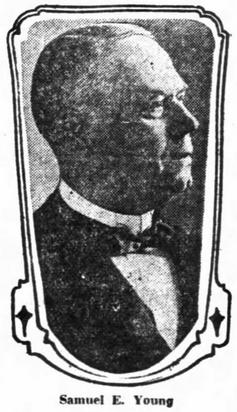 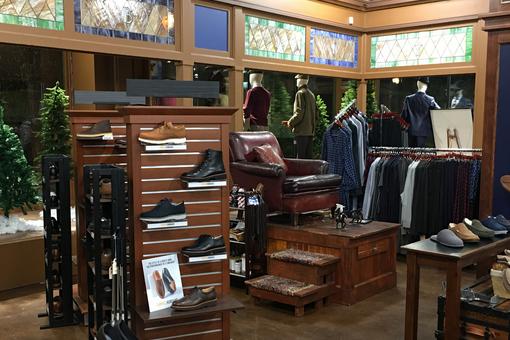 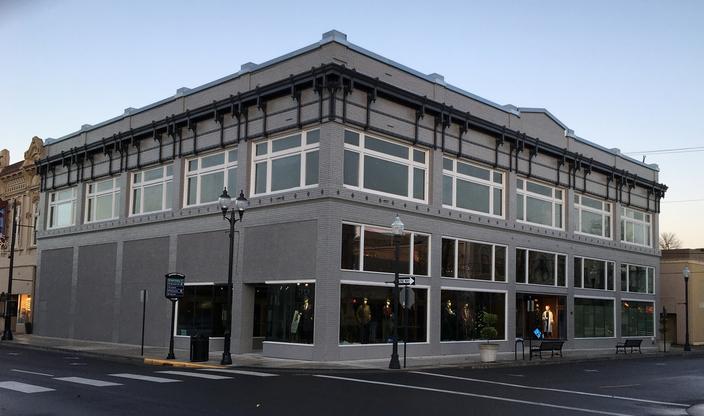 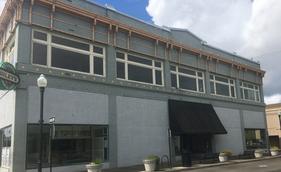 Fresh out of the Civil War, SE Young started a menswear shop in partnership with Mr. LE Blain in 1865.  By the 1880s the partnership dissolved and the store they  had started together became Blain's clothing. (at the time that it closed in 1973, it was the oldest menswear shop West of the Mississippi River. SE Young started his own shop in 1889 in the building that now houses the Albany Regional Museum. It originally sat on the corner of First and Broadalbin Street (and can be seen in the photo to the left). In 1912 he and his son built a grand new building. SE Young was 74 years-old at that time and unfortunately only had a few years at the new store. in 1915 he was struck down by an apparent stroke. He was thereafter